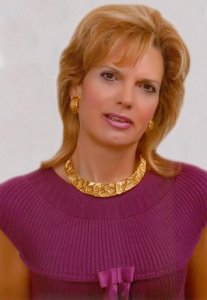 The painter Athiná Kotsoni-Sinetou was given birth in Athens. From young age she paints and has won prises and awards in competitions.

She studied in the facilities of Vakalo Art College and ABC drawing and Decorative. Also studied Dress designer and Accountancy. Watched professionally course painting and figurative Educative program in the Museum Pompidou in France. She was specialized in Thalassografia (sea painting) but also in other forms of painting. Also studied maintainance of work of art in the IEK PETRA and attend classes at the liberal studies workshop INTERGRAPHICS. In Paris she took courses in Ecole National Superieure des Beaux arts.

Up to today she has exposed her paintings in individual reports in Paris (room la maison de grece), in Rome, in Vienna (rooms Magistrat and La Revi Modern), in Budapest (galeri Petsi Miheli), in Poland (in the rooms of Warsaw), Tzekanka and in Brotslab, Palatsik & and Ntesa, where she had collaborations with distinguished commissaries, theorists and critics of art.

She participated in the common report of figurative institution of ART & FLAME that took place under the aegis of Ministry of Culture in big cities of Greece and abroad. She took part in international reports: in Artistic Plates in Centro de fortiera in Argentina, in Centro de Arte in Lisbon, in the report Tax free world exhibition in Cannes, in the report International of art festival [OMMA] Center in America, in the common report Desegni in Covento di S.Marco of Firenze, and in the report Motoperpeuto in Fontanellato of Parmas.

The continuous search and her unique love for the painting and particularly separate, were awarded in 1998 from the Municipality [Brotslab] of Poland. In 2005 took reward ONUFRI from the National Art gallery [Tiranon], in 2004 in Pan-Hellenic Report Drawing took the 1st reward with the statue Ermis. In 2006 were honoured with reward for her attendance in the common report that became in Springfield of USA. It received praise and golden medal from the UNESCO.

She was rewarded also by Parnassos and the clubs Laions and Rotary. With her work dealt important historians of art as Dimitris Deligiannis, Alexandros Xydis, Helen Bakalo, Mairi Alexioy, Aggela Tambaki, Dora Iliopoyloy - Rogkan, Leontios Petmezas and other. Portairts of Queen Elissabeth and Lady Diana painted by her are in the Buckingham Palace and has appreciation letters from the princesses. Her paintings can also be found at ACTOR'S HOME, Folklore Museum of Aegio and at the 1st Athens' Accouning Office.

She has participated and had private exhibitions at the following places: Dimokritos Gallery 2004, Maniaton Museum of Peiraeus 2005, Municipality of Marousi 2005, Municipality of Pefki 2005, UNESCO exhibition at Peiraeus Art Gallery 2009, Anezina Hotel Paros 2009, Peace & Friendship Stadium SEF 2007, Municipality and Floisvos museum of P. Faliro 2007 and 2009, Greek French college 2006-2008, International Exhibiton Thessaloniki 2006, East Airport 2008 and many more. She organised and participated in the Exhibition ALEXANDER THE GREAT & ALEXANDRIA in 2010. GAZI participation in a Group Exhibition 2010 under the theme WOMAN 2010. In 2016 she participated in an exhibition at the Peace & Friendship Stadium on 11 & 12  of June.

With her work have dealt important art historians as Dimitris Deliyannis, Alexandros Xidis, Helen Vakalo, Mary Alexiou, Angela Tamvaki, Dora Iliopoulou-Rogan, Leontios Petmezas and others. In 2010 became student at the Open University - Art History - with professor Mr. Manos Stefanidis, who particular appreciated the discovery of Code Athina and the decodings who made in paintings of Picasso, Michelangelo, Hitler, Mytaras, etc.

During these collaborations she analyzed tendencies of modern season, presenting the rich thematografy, where the particular is flooded with the internal sentimental lull and charge respectively. She dealt with portraits, landscapes, it impressed tsunami, body paintings, the arrests with ideograms, the schematic reformations and the metamorphism. She thereto worked in, emission and in the private channels New Channel, Tempo, TV Magic, in the channel Tilefos in emissions with figurative content. In her shows she had the complete acceptance of public, she entertained a lot of appreciable new and valorisen artists. 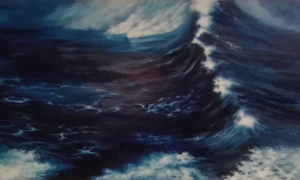 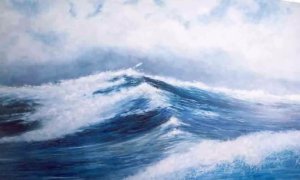 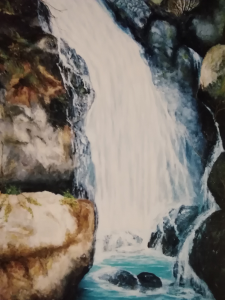 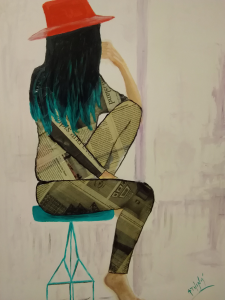 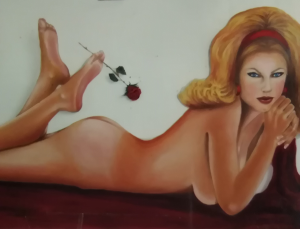 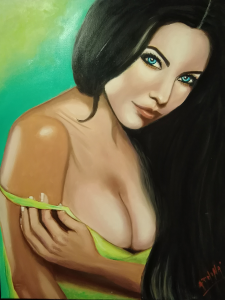 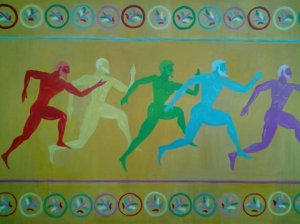 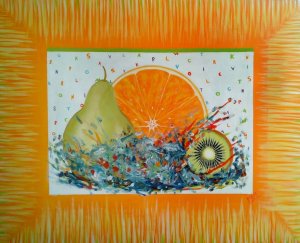 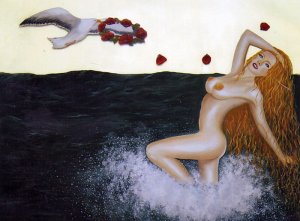 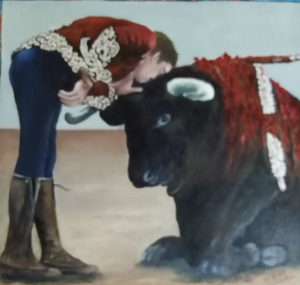 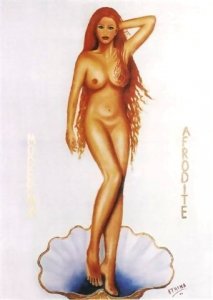 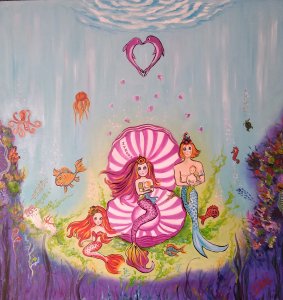 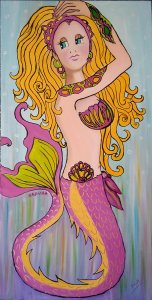 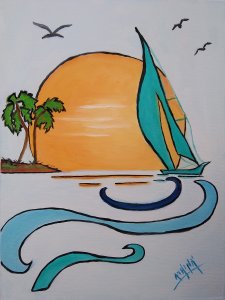 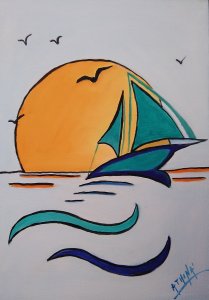 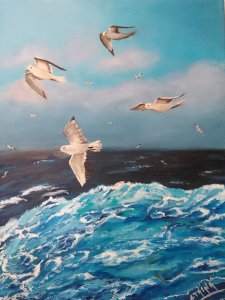 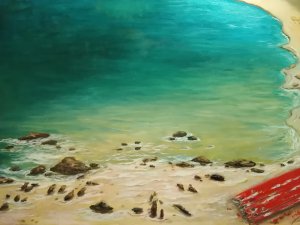 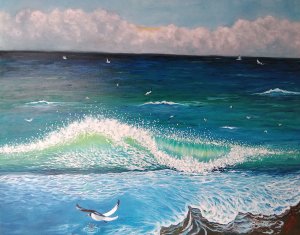 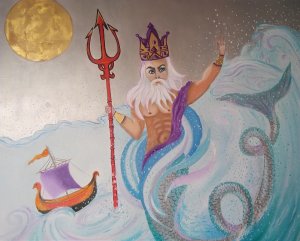 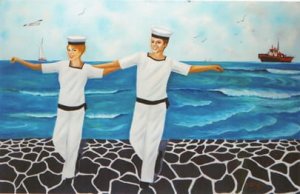 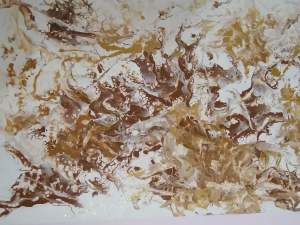 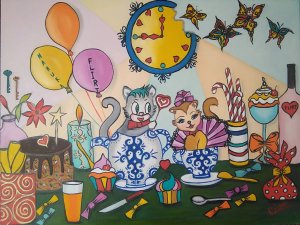 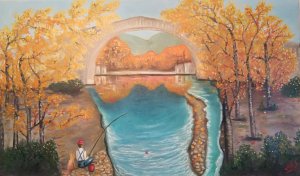 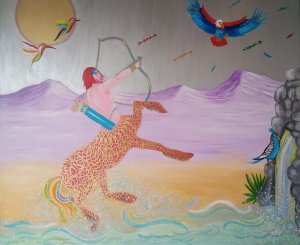