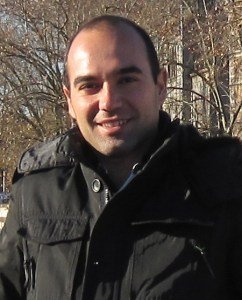 Evangelos Tzavaras was born on March 27, 1978. Ever since he can remember himself he always painted. Then he did not know why, but it was an internal need that prompted him to paint.

He still remembers the thrill he felt in front of the Gikas’ painting «The workshop of the artist" in the National Gallery, while he was a student in the first grade. It was the time he realized that painting was so important for him that will not let her ever in his life.

In high school this need led him to start studying books about Visual Arts. For a year after high school he attended painting classes at private school "Plaka" studying design and color. He experimented with paper, wood, canvas and cartolines using acrylics, oils, tempera paints and inks.

In 1996-1997 he continued his studies in painting at school "Eorgon" in Pedion tou Areos, Athens. In 1997-1998 he took painting and iconography courses at the workshop of Municipality of Korydallos Art Schools where he met the famous painter Basili Katsivelaki. It was the time that the artist Evangelos Tzavaras begins his own style because he can be expressed freely out of rules. It was the time to create his style with his own thoughts and technique. In iconographythe artist experienced a very modern painting with wonderful materials and styles that really "hit" the viewer in the heart preventing any resistance. A painting, where every line has harmony and every picture hides a multitude of emotions and internal rummage of soul. It was the iconography that made him realize why he paints. At that moment it was the need to express his feelings of life as another form of confession.

In 1998-1999 more mature he continues his studies at Vasilis Katsivelaki’s atelier. There, the area functioned as a forum for the arts and his acquaintance with many artists leads him deeper and deeper in the painting. He visits many exhibitions and studies art history. As a natural progress he begins to create from another angle. Since then the world ceases to be the same for the artist. He no longer sees the issue but a set of contrasts and lines. He begins to work in overalls and looks for the relations between them. He begins questioning, as the differential effect that can give a line that is not always the same width. Where the line shall be varied in order to give the desired result and similar excitements to humans? At this point he completed his studies in painting. Having acquired a right background he continues his painting and searches alone anymore.

Along with painting he attends the School of Mathematics at the University of Athens and studies mathematics as an extension of its internal search. He considers this study as another form of expression. He completes his postgraduate studies at the Information Technology and employed as an IT Manager of a multinational bank. He continues his painting creations seeking ways of "confession and mental cleansing". For the artist Evangelos Tzavaras it is the same to paint a vase or a nude. He wants the result to be the display of his soul at that moment. He doesn’t expect from something to have soul, but he gives his own.

Each art piece of Evaggelos Tzavaras consists of a complicated artistic creation because he is a painter who can create paintings from realistic to abstract art.

In all of his creations, represents the inner part of himself, a full bouquet of personal feelings. Via a combination of warm and cold colors he shows us a perfect artistic and aesthetic result.

Evaggelos Tzavaras is affected in both of realistic and abstract creations by different artistic movements of 20th century. The uniqueness of each painting represents the expressiveness and the capacity of the artist who is distinguished by his personal touch.
The life experiences of the artist are being transferred to his artworks and this is a sample of his excellent talent. The impressiveness of the artworks increases the fantasy of the viewer, who then tries to think and understand the paintings. How many people in reality are interested to live this fantastic experience and follow the art?

There is plenty of complexity in the ideological artist movements from which is affected and the traditional byzantine technique of icons. For example he transfers us in the expressionism, impressionism, cubism, surrealism and other artistic movements. Original and genuine creations with cultural and artistic values based on different techniques with mastery in the compositions. However the personal technique, the personal artistic touch and the personal color palette are not missing from Evaggelos Tzavaras art. 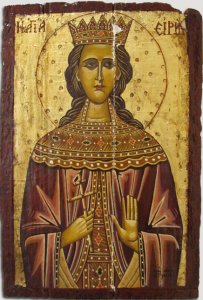 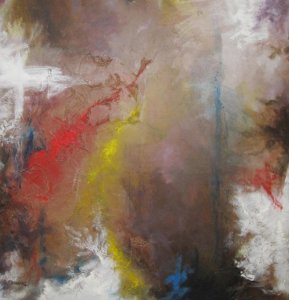 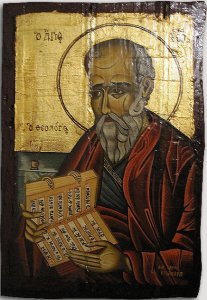 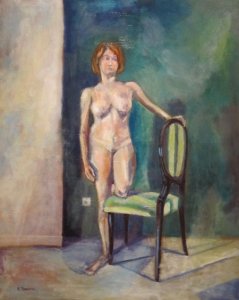 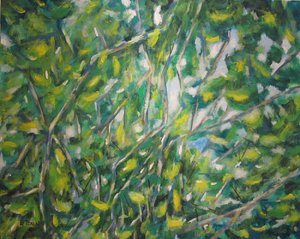 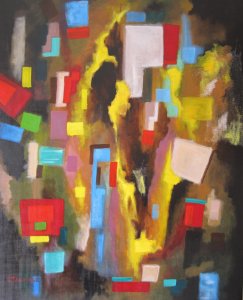 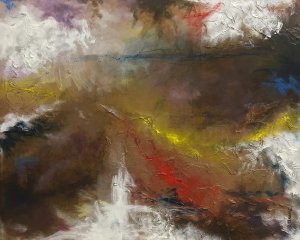 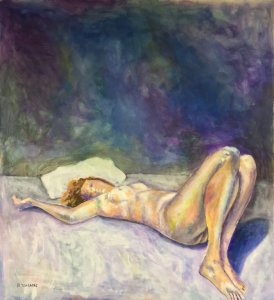