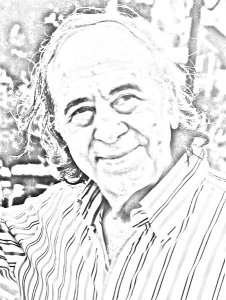 Vasilis Zenetzis was a modern Greek painter. Born in Alikarnassos, Heraklion, Crete in 1935.

He painted seascapes, landscapes by a style he invented and named quadrature and presented his work in solo exhibitions.

His paintings were sold in major exhibitions of the world as in Sotheby's, Christie's in London. As a member of "Greek Chamber of Fine Arts", in 2014 were being a recognized painter by the "Ministry of Culture" of Greece.

Zenetzis, began his artistic education at the age of fifteen at the Colourist School of Crete and by the age of seventeen he had his first solo exhibition at the Theotokopoulos Exhibition Rooms in Heraklion, Crete. His talent, was recognised at an early age, which helped his professional career in art once he arrived and settled in Athens after 1974.

Zenetzis, became a respected and appreciated Athenian artist in the late 1970s and early 1980s. Such was his popularity that he could not cope with the enormous demand. However, such success brought with it problems of integrity in his art and his production and by 1985 he was neglected and shied away by investors and collectors. By early 1990 Zenetzis re-appeared as an impressionist/divisionist artist with an international appeal, with many exhibitions to his CV in London, Athens, USA plus many auction sales at the top auctions.

Vasilis Zenetzis can no longer paint because of an incurable disease that paralyzes the limbs. 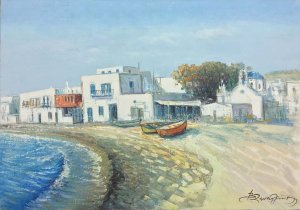