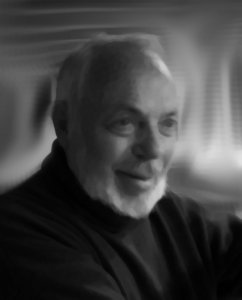 He studied with Michalis Tombros at the Athens School of Fine Arts during 1956-1960. On scholarship from the University of Athens, he continued his studies with Rene Collamarini and Ossip Zadkine in the Ecole des Beaux Arts in Paris, visiting museums and galleries in his spare time.

His exhibition activity includes solo exhibitions and many contributions to group events in Greece and other countries, including Greek Painters and Sculptors in Paris (Peintres et Sculpteurs Grecs de Paris) in the Museum of Modern Art (Paris, 1962), the Second Panhellenic Exhibition of Young Artists (1962), in which he received the first prize in sculpture, Panhellenic exhibitions, the Sao Paulo Biennale (1969), the Barcelona Biennale (1975) and the Budapest Biennale of Small Sculpture (1971).

He earned several distinctions in competitions for public sculpture projects and in 1974 received the first prizes for sculpture of the Ministry of the Presidency and the Municipality of Thessaloniki.

Working in wood, marble, plaster, clay, aluminium, concrete, iron, bronze and polyester resins, Armakolas creates compositions in which the main subject – the human body, particularly the female one – rendered in great precision, is sometimes combined with geometric and abstract patterns, indeterminate forms or pieces of cloth, or presented in a fragmentary manner, torn by coarse, crude surfaces evoking a state of non-finito. His in the round or in relief works are characterized by intense contrasts and the poetic, dreamlike atmosphere they evoke. 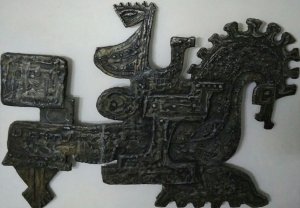 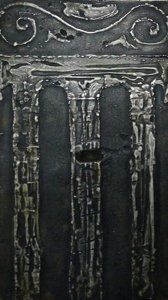 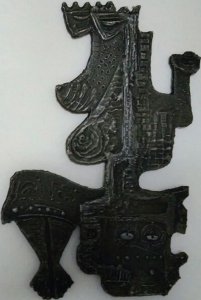 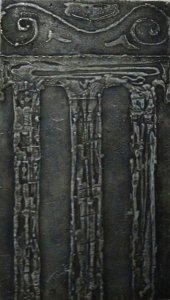