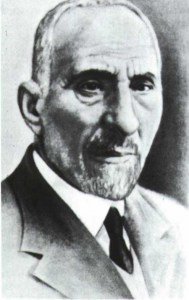 Vassos Germenis (1896 - 1966) was a Greek painter and sculptor, who was born in Fiskardo , Kefalonia in 1896 , but grew up in Corfu, where he received his first painting lessons near Spyridon Platsaios and Stefanos Trivolis.

In 1915 he enrolled in the Law School of Athens University , from which he left because of his appeal to the arts, and studied at the Athens School of Fine Arts ( ASFA ) in Athens , taught by GeorgeRoilos, George Iakovidis, Spyridon Vikatos and Demetrius Geraniotis. He attended classes in sculpture near Thomas Thomopoulos as well.

After completing his studies he traveled to Europe and the Greek province. Spent five years in Ethiopia, as the official painter of Emperor Haile Selassie, decorated the mausoleum and painted the Church of the Holy Trinity in Addis Abeba. He organized three solo exhibitions of his work and took part in many group exhibitions.

Paintings by Vassos Germenis , as noted by M. Stefanidis, are mainly seascapes and ethology painting, which are based on academic understanding and chromaticity of late Impressionism.

Germenis alongside his painting work, worked on sculpture. In 1950 he created the "Monument of the fallen of the Royal Navy" in Scaramanga area.
Moreover he carved in a realistic way busts of Dionysios Solomos, Lorenzo Mavilis, Andreas Laskaratos etc. Germenis received honors as the Gold Cross of the Order of the Phoenix and the Gold Cross of King George. 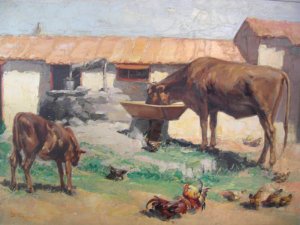 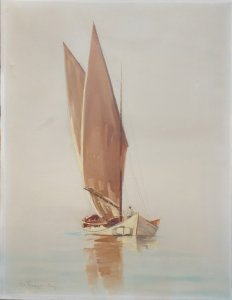