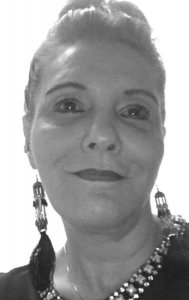 Zaxaroula Bongard (SUGAR) is a Painter/engraver. She was born in Piraeus Greece.
She graduated from the Department of Maritime Studies. Subsequently she attend classes under professor D.Tiniakos.
She continued her studies in the Vacalo Art and Design College in the departments of painting, engraving history of Art.

She was concern with interior design. Her art work can be found in private collections both Greece (Marine club) as well abroad.
She has done many solo exhibitions in GREECE as many teamwork exhibitions abroad. ITALY (ROME) CYPRUS, CANADA, DUBAI (digital art photograph in VIP room of EMIRATES.

Also she is working many projects with digital art and Photoshop.

About how I create

The themes of the works are an integral part of myself !!
Mysticism radiates from the tales I write and I create through my mind's travels the imaginable but also the real, through the magnetic fields of my soul!
I see the world around me as an artist with different eyes and thus I paint with my paint colors forms and shapes sometimes out of the earthly atmosphere in the way of thinking of eternal divine energy of the universe world !!


Zacharoula Bogard's diploma thesis on "Ships, Machines and the Environment" and its engravings with linoleum give a sense of design and technique of excellence. The College report presents two sections.

The first section displays virtues from the geometric and constructivist tradition. Excavating sections of ships, seen from far or inside, machines with their accessories, seem like personal creations of an uninhabitable world in which the artist "carries" breath. Inanimate, mechanical objects are transformed into impressive constructions, the protagonists of a particular reality. Their titles are illustrative. The rendering, with the staticity, the organization of the compositions, the morphoplastic prognosis of the creator, makes the themes simple notions for the presentation of a dynamic production where the lifeless, the fragmentary, the trivial acquires essence and substance. The entire unity of 2000 is a mature moment in the artistic creation of engraver Z. Bongard.

The second section, in 2001, is in stark contrast to the first and definitely a stage of experimentation and search. The compositions are lighter, more vulnerable and more fluid, with water scenery and distinctive seascapes.

The three distinct visual approaches of young creators promise a lot for the future.

Indicators in the course of an artist are the choice of expressive means in the evolution of his work, thematic units or themes, the search for simplification in forms, colors, synthesis and enrichment or filtering of his spiritual searches through art of.

Zaxarula Bongard, after the exclusivity of painting in her creative work, has been attracted since 2000 by the precision, discipline and austerity of engraving. The abstract expression of the painter-engraver is transformed into colorful compositions with resonance, with the frequent use of complementary colors and the simplified, almost non-iconic form.

The study of colors, the assignment of the design role to the color composition, giving the visible design the part of the combarch, is revealed by the thematic focus of the creator on the mechanical parts of the ships.

Ships, linked to concepts such as travel, conciliation, commerce, communication, human companionship, holidays and caretaking, as well as adventure, separation and danger, are driven by the engines that are now projected forward in the eyes of the viewer as intense visual elements. They remove the anxieties of anxiety to which modern man usually drives his mechanized everyday life in which machinery and automation are a permanent companion. The machines, these human constructs, acquire autonomy in the Bagoard paintings, defeating their inanimate property.

The viewer is invited to look for self-expression, expressive and spiritual, alongside what the creator suggests, with her choices in the maze, theme and composition. 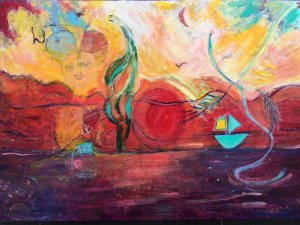 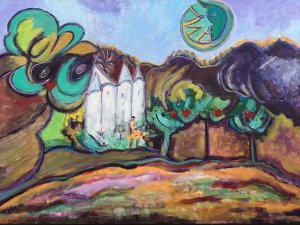 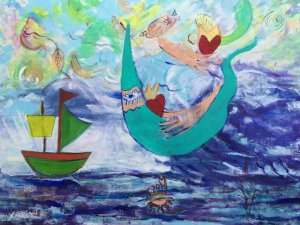 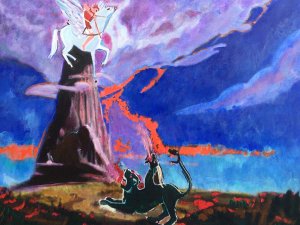 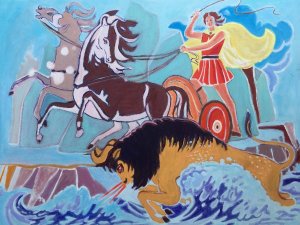 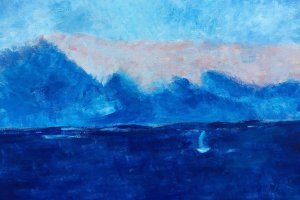 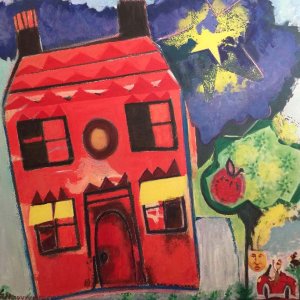 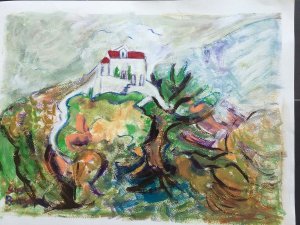 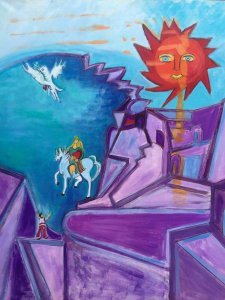 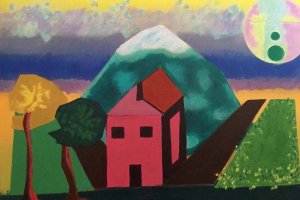 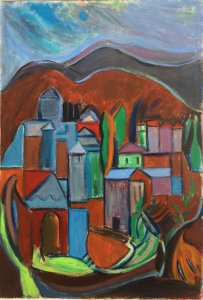 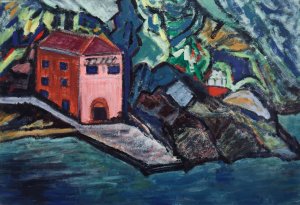 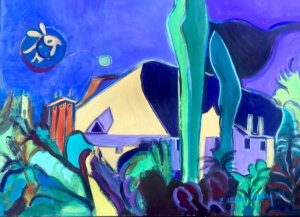 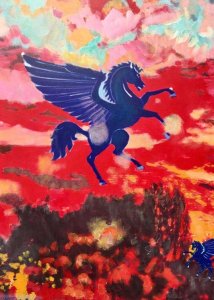